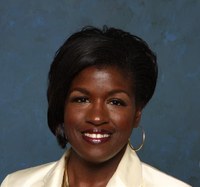 Becky White, MD, MPH, is an associate professor of medicine in UNC’s Division of Infectious Diseases and co-director of HIV Services for the North Carolina Department of Corrections. White’s research focuses on the dynamic interface between public health and medicine. She was one of the leading physicians who described the association between the release of HIV-infected prisoners and the subsequent increase on their viral loads. This connection continues to have significant HIV transmission and health outcome implications for at-risk populations in the community as well as for released prisoners.