Title: The Evaluation of Mood State in Postpartum Women in a Public Hospital in Tucuman, Argentina

Hypothesis: The combination of reduced mother child bonding resulting from hormonal release during childbirth and higher risk of complication post-partum, we expect a higher rate of postpartum depression (PPD) for planned Cesarean section (CS) compared to planned vaginal delivery (VD). We expect a 10% increase in PPD diagnosis between the CS and VD groups.

Aim 1: To determine the association of post-partum depression between planned CS versus planned VD

Aim 2: To assess the proportion of physicians who diagnose or treat postpartum depression in the participants who has PPD

Aim 3: To discuss the potential future implications of mental health as part of a routine antenatal visit for pregnant women in Argentina. 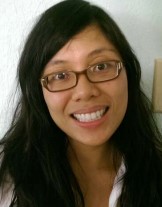