The Doris Duke Charitable Foundation has awarded Ross Boyce, MD, MSc, a 2021 Clinical Scientist Development Award for his research proposal entitled, “Getting malaria off the back of women and children in western Uganda,” which aims at reducing the incidence of malaria among infants and young children in rural Uganda. 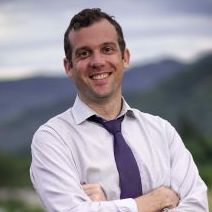 Boyce, an assistant professor in UNC’s Division of Infectious Diseases, is one of 17 researchers nationally to win the highly competitive three-year, $495,000 development awards. The foundation’s program aims to support clinical research that has the potential to advance prevention, diagnosis, and treatment of human disease while developing the careers of physician scientists and supporting them in their transition to independent clinical research funding. The Doris Duke Charitable Foundation has supported 337 investigators since the award’s establishment in 1998.

“Congratulations to Ross on the amazing work he has been doing and on winning this award, which will accelerate his work,” says Wesley Burks, MD, dean of UNC’s School of Medicine. “It has been 10 years since one of our faculty members has received a Doris Duke Clinical Scientist Development Award.” Adds Joseph Eron, MD, chief of infectious diseases at UNC, “Ross is a talented and creative investigator who is dedicated to improving the lives of people most vulnerable to malaria and other infectious diseases. This award is clear recognition of his skill, dedication, and creativity.”

Boyce’s proposal builds on his recent pilot study in Uganda that focused on treating lesus —the cloth wraps that women wear to carry infants and young children on their backs — with permethrin, a commercially-available insecticide to ward off mosquitoes that transmit malaria. In his pilot study, Boyce and his team randomized 50 pairs of Ugandan mothers and infants, giving them either treated or untreated wraps with the aim of ensuring that the insecticide was safe and well tolerated by both mothers and children.

“We want to protect the young kids. They are by far the most vulnerable to the most severe manifestations of malaria,” Boyce says, with little immunity for fighting off the disease. Globally, the incidence of malaria has plateaued, he says. “We saw a lot of progress from 2000 to 2015, things looked much better, but since then we’ve been kind of stuck. And in some places, including many areas of Africa, things are worse.”

With the support of the Doris Duke Charitable Foundation, Boyce will grow the study to include 400 pairs of mother and children, half of whom will receive a treated lesu. The participants will be followed for a period of six months in order to compare the rates of malaria between the two groups.

Boyce says the Doris Duke award feels like a strong affirmation of the larger project he and his wife, Raquel Reyes, MC, MPA, an associate professor in UNC’s Division of Hospital Medicine, have been building in Uganda. Partnering with Mbarara University of Science and Technology, they have conducted research in the rural highlands of western Uganda near the border with the Democratic Republic of the Congo. While his early research has focused on the epidemiology of malaria and other vector-borne diseases, he is excited to transition to interventional studies that may lead to new methods of disease prevention and management in settings with limited resources.